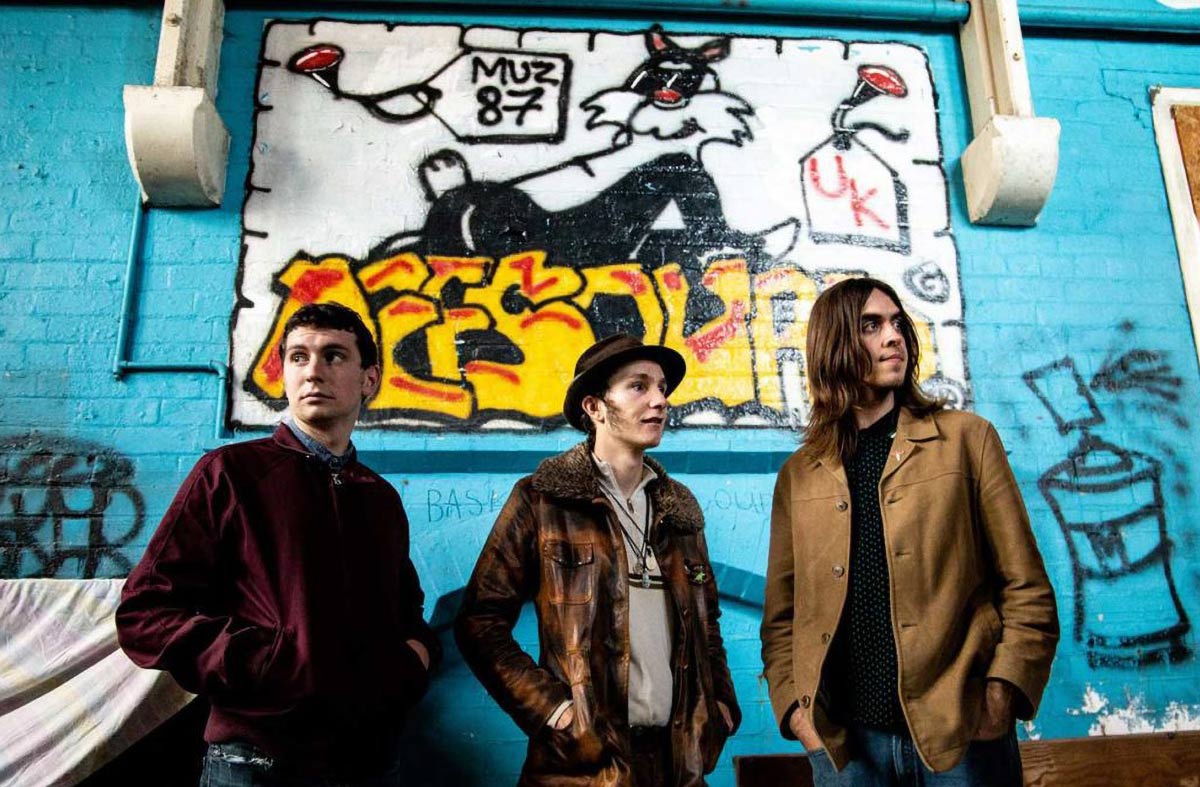 Before Savannah releases their new single The Veil this November I sat down with them at Savannah HQ to discuss the single and the new direction that it is taking them in.

The first thing that was evident to me about The Veil is that the guys are delivering what they think is a very important message and then secondly that they are very excited to be doing so.

The Veil (depicted as a wedding veil in the singles music video) represents the fact that everyone’s perceptions are obscured. In other words materialism, among other social problems prevent us all from seeing the world as it really is. People have become disconnected from reality and there is a crisis due to a lack of true emotions and empathy. Each and every one of us is living in a bubble, which acts as a barrier from the real world.

Jason Lewis (guitar and vocals) states that a revolution is necessary, a revolution of consciousness but in order to be successful this revolution needs to be free of the crookedness, the aims if you will of individuals, that revolution has become associated with. It’s no easy feat.

The Veil is the first release of Savannah’s since the departure of Liam, their frontman, but this hasn’t dampened their spirits if anything it has given the band a new zest for life and an exciting new direction. Gone are the days of indie-pop that Savannah made their name with. A new era has started for the now three-piece, an era that is reminiscent of sixties psychedelia whilst still managing to sound fresh.

Having seen the lads perform The Veil (as well as two other new tracks, World War Three and Work) I am happy to report that there isn’t anything missing from their sound. Jason has taken to the challenge of frontman as if he were born to do it, whilst Ellis Holmes (bass) and Harry Neat (drums) both look ecstatic throughout the set.

When asked about the changes that have occurred within the band since they parted ways with Liam I was told that the songwriting process has evolved in such a way that has resulted in more jamming and overall easier communication.

There is a soul to the new tracks that weren’t there before but they believe they have managed to stay authentic to their core but have also moved onto songs. They happily are now writing songs that are full to the brim with meaning.

In the months since they became a three-piece they have begun experimenting more, for example, Harry has added another floor tom to his kit and when listening to these new songs it is clear that as a three-piece Savannah has become braver with their approach to music or as they put it they’ve grown bollocks.

The future looks bright for the three-piece, they are gigging as much as they can whilst also working on new songs in the hopes of causing a “Savannah tsunami” when people will be singing their songs back to them. They don’t plan on looking for a record deal, they love having full control over their product which is all put together at Savannah HQ also known as Hartfield Records. As well as The Veil they are also thinking of a new record but they are unsure of whether to do an EP or if they should go all out with their first album. All I can say is keep your ear to the ground and soon enough you will be able to hear the rumblings of the Savannah tsunami.

Article by Cerys Goff on behalf of Shroprocks.

About the author : Albert's Shed